How the Brightline Train could transform South Florida real estate

All Aboard Florida’s Brightline train service between Miami and West Palm Beach, scheduled to begin this summer, has the potential to be transformational for South Florida, local real estate experts agree.

“This will change the way travel and development and redevelopment occur in South Florida,” said Rick Gonzalez, president of REG Architects in West Palm Beach. “You can now work in downtown Miami and live in Fort Lauderdale or West Palm Beach.”

Brightline, which has been under construction for almost three years, also includes a stop in Fort Lauderdale and will ultimately be extended to Orlando as well, possibly by next year.

Developers will benefit from the consumer traffic around the stations, said Arden Karson, senior managing director of CBRE South Florida, adding, “Brightline will … ultimately make these downtown areas much more attractive as a destination for residential, commercial and retail real estate investment and development.”

The train line will be a boon for tourism as well. “Someone visiting Miami can also stay a weekend at The Breakers,” Gonzalez said, referring to the ritzy Palm Beach hotel.

In addition to making a trip between the cities quicker and less stressful than driving, Brightline has the benefit of taking cars off the road.

“We can’t keep adding lanes to I-95 and the turnpike,” said Harvey Oyer, a partner specializing in real estate at the Shutts & Bowen law firm in West Palm Beach. “We’re out of space to build more roads, and we need a more environmentally friendly way to transport people.”

Jeff Greene, the billionaire real estate investor who owns about $300 million of property in Palm Beach and West Palm Beach, hopes that Brightline will usher in a lasting era of mass transit for the region.

“Millennials have opted for a simpler life oriented toward mass transit,” Greene said. “Maybe they will be more inclined to ride trains.”

The number of Florida oranges that can be contained in one Brightline coach.

The price for the Brightline, including trains, rail infrastructure and stations. The project will be privately financed by All Aboard Florida through a combination of debt — in the form of an issue of $600 million in tax-exempt bonds — and equity, making it the first privately owned U.S. passenger railway to open in more than 100 years.

The amount of real estate development in square feet planned around the three rail stations in South Florida, according to Brightline. Plans call for 1.5 million square feet of development in Miami, covering six blocks around the downtown station, including 800-plus residences, 165,000 square feet of retail space and 300,000 square feet of Class A office space. In West Palm Beach, developer Michael Masanoff plans a $300 million mixed-use Transit Village a few blocks from the station. And All Aboard Florida has begun building a 275-unit apartment complex next to the station. In Fort Lauderdale, All Aboard Florida has commenced construction of a seven-story parking garage next to the Brightline station that will include 1,570 square feet of retail on the ground floor.

The number of passengers likely to ride the Brightline service annually between West Palm Beach and Miami, according to Mike Reininger, Brightline’s president. The annual passenger estimate rises to 5.5 million when Orlando is added to the route.

The length in feet of BrightBlue, Brightline’s first completed trainset. Each train fits 579 carry-on suitcases, which if stacked vertically would equal the height of 16 sabal palms, Florida’s state tree.

The estimated direct economic impact from the service through 2023, including an average of 10,000 jobs a year on the rail line’s construction (mid-2014 through mid-2017) and 5,000 annually post-construction. All Aboard Florida estimates the service will generate $653 million in federal, state and local government tax revenue through 2021.

Brightline’s percentage compliance with the Buy America Act, which requires mass transit projects to give preference to domestic products. The trains are built with components from more than 40 suppliers nationwide. The engines come from Cummins Engine of Columbus, Indiana.

The number of one-bedroom apartments that could be powered by the clean diesel Cummins engines that will power the trains. The 16-cylinder, 4,000-horsepower engines weigh 31,000 pounds. Each locomotive weighs 279,987 pounds.

Gonzalez sees Brightline as just the beginning of passenger train travel in Florida. “Hopefully this will eventually connect to Tampa and Jacksonville,” he said. “Then the whole state will have a train system, just like China.” 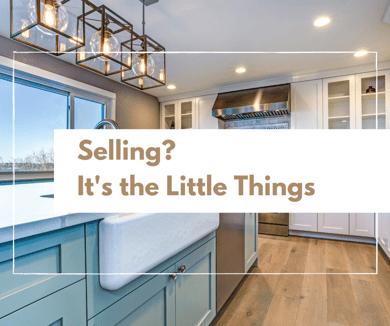 Selling? It's the Little Things